By Pat Wilson Uncategorized No Comments

“Success is not forever and failure isn’t fatal.”

Legendary Coach Don Shula passed away at 90 years old earlier this week. After a fine playing career in the 1950s, at 33 years old he was named head coach of the Baltimore Colts – the youngest in NFL history at the time. He went on to win more games than any coach in the league’s history – 347 victories in all over both regular season and playoffs – including six appearances and two Super Bowl championships. His storied 1972 Miami Dolphins championship squad is still the only team in NFL history to go undefeated through an entire season.

I once had the privilege and opportunity of spending about 90 minutes – mostly one on one, with the great man. He was the Keynote Speaker at an association annual conference in Las Vegas at Mandalay Bay in 2008. The Coach was staying at the other tower (and my association client’s staff was almost all non-sports fans, as my luck would have it). That morning at their staff meeting, a scheduling challenge was announced, and they asked if anyone would volunteer to personally go to the Coach’s hotel room, and escort him from there, across the casino to the Convention area, and all the way to the green room. Not being officially on staff, I waited for a second or two.

Then I jumped up.

At his hotel room, he was deciding on a tie. He held two up to his shirt, but he had the look that said he did not want to wear one. He asked me if most of the men in the conference wore ties? Even though it was probably 70% yes, I told him it was “50/50”. He left both ties on his bed, going with just a sports jacket. I told the Coach what he wanted to hear.

Coach Shula was 78 and had a bad hip, so the walk took 30 minutes with two or three sit-down breaks. During the walk, he began to share stories with me. What struck me most along with his unpretentiousness was his humanity and grace.

We arrived at the greenroom and had plenty of time to kill, so I stayed with him. He continued sharing stories and let me ask him anything that came to mind about the NFL, Baltimore Colts (as a player and as the coach), the Dolphins, childhood idols Bob Griese and Larry Csonka, quarterbacks in general, the ’83 draft, Dan Marino-John Elway (he said Elway was the best ever, better even than Dan because of his legs…), Jimmy Johnson (his successor as Dolphins coach, he was candid but kind). He demonstrated great pride mixed with humility. 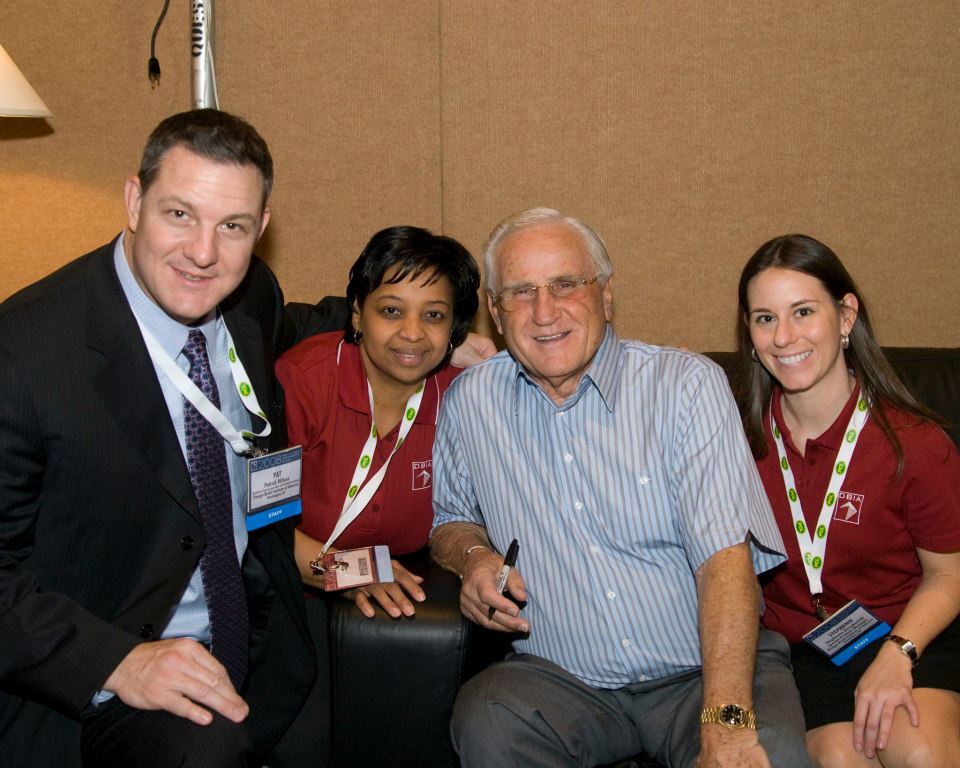 With Coach Shula’s passing, it occurred to me how fortunate I was to be in the right place at the right time that day. An unmitigated honor and a great memory – the chance to spend time with a true legend, who also happened to be a very nice man.

“You take on what’s right in front of you. You want to do the best you can with the opportunities that you have.”